I recently did some work in a building where the tenants thought they were protecting their wifi by having one of their staff type in the wifi password for me instead of just telling me the password.

I think the logic was that it would stop me handing it out to other people which might then lead to them having lots of unknown users connecting. I’m not sure how much research went into testing how effective their technique was 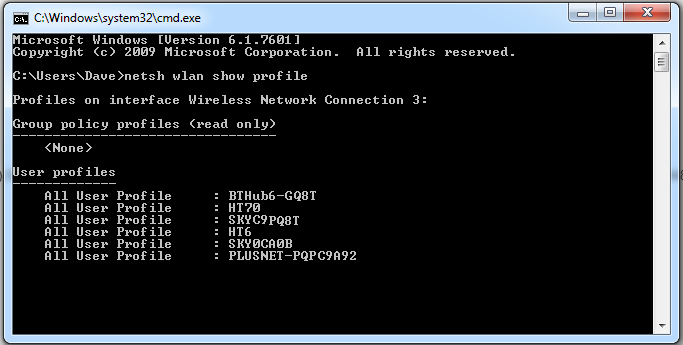 Note: If the key is not shown and instead says something like “security key : present” make sure you are running cmd as administrator

If there are too many hotspots listed to do them manually here is some python to automate their extraction: