This is probably a problem which doesn’t affect too many readers but if you want to avoid having your photo taken on a night out either by a professional photographer or a snap-happy friend with an iPhone there is a company named “Beta Brand” who makes anti-paparazzi clothing which makes photos look like this: 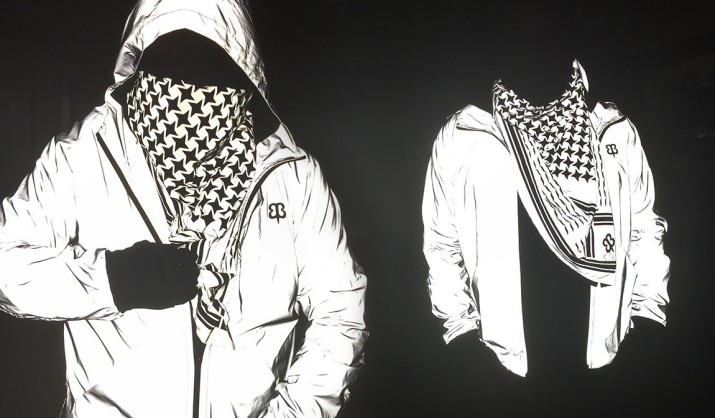 The clothing itself contains lots of tiny glass spheres which act as a super reflective material which bounce back as much of the light from a flash as possible and tricking a camera into thinking the scene is a lot lighter than it really is. A lot of today’s modern cameras will auto adjust the picture settings and make everything seem darker to adjust for the mass of light it see’s coming in.

Its main downsides are that it doesn’t work if the camera isn’t using a flash or if the photographer is manually adjusting all the settings. The clothes aren’t too overpriced and look cool themselves so it’s likely that wearing them might end up attracting more attention from fans who snap a photo, check that it looks weird and suddenly get more curious as to what is going on.

You can read more about it here: